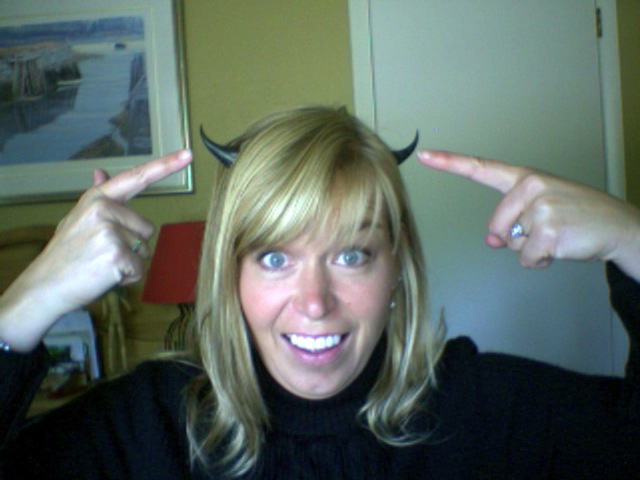 I’ve always liked being the odd woman out. Like when I was the only female roadracer among hundreds of men. I liked that a lot.

It’s not about getting all the attention just because I’m a woman. It’s about being good at whatever I do thanks to being a woman! And then get attention for being good at it.

My strength on the racetrack was that I was smooth. While the guys wrestled their bikes around, I didn’t have the strength to do that and had to be smarter than them about my line and technique. Then again, sometimes I just had to out-brake them — they really didn’t like when I passed them bouncing on my front wheel from braking just a smither later than they did… Those were the days.

That’s probably why I’m so into snowmobiling these days. It’s mostly me and a bunch of guys. And I’m pretty good at it. And it’s the same here, I don’t have a man’s strength and weight, instead I have to manipulate the snowmobile by transferring my weight and work the throttle to get it to do what I want. Which doesn’t always work, but it’s usually pretty close 😉

If you need proof, just look at my 13-year old son. He weighs 100 lbs and his 415 lbs snowmobile doesn’t even know he’s on it. Until he starts using the throttle and body position — he can get that sled to go where and how he wants it.

To me, it’s cool to be a woman being good at what’s traditionally called “a man’s sport.” And at this day in time, most guys are OK with it and some even ask for tips when they understand I have a lot of experience.

What I DON’T have, that guys often have, is the ability to “switch off” my brains. That’s when you go crazy and are going to be first, fastest, baddest or whatever, no matter what.

That’s why there’s always guys doing these incredibly stupid “don’t try this at home” kind of stunts that you see in videos on FB. Us ladies would never even consider doing that stupid sh**.

However, I have NO PROBLEM playing the “help me, I’m a woman” card whenever I get a flat or need help turning my dirt bike right-side-up. We don’t want to break our nails, do we?